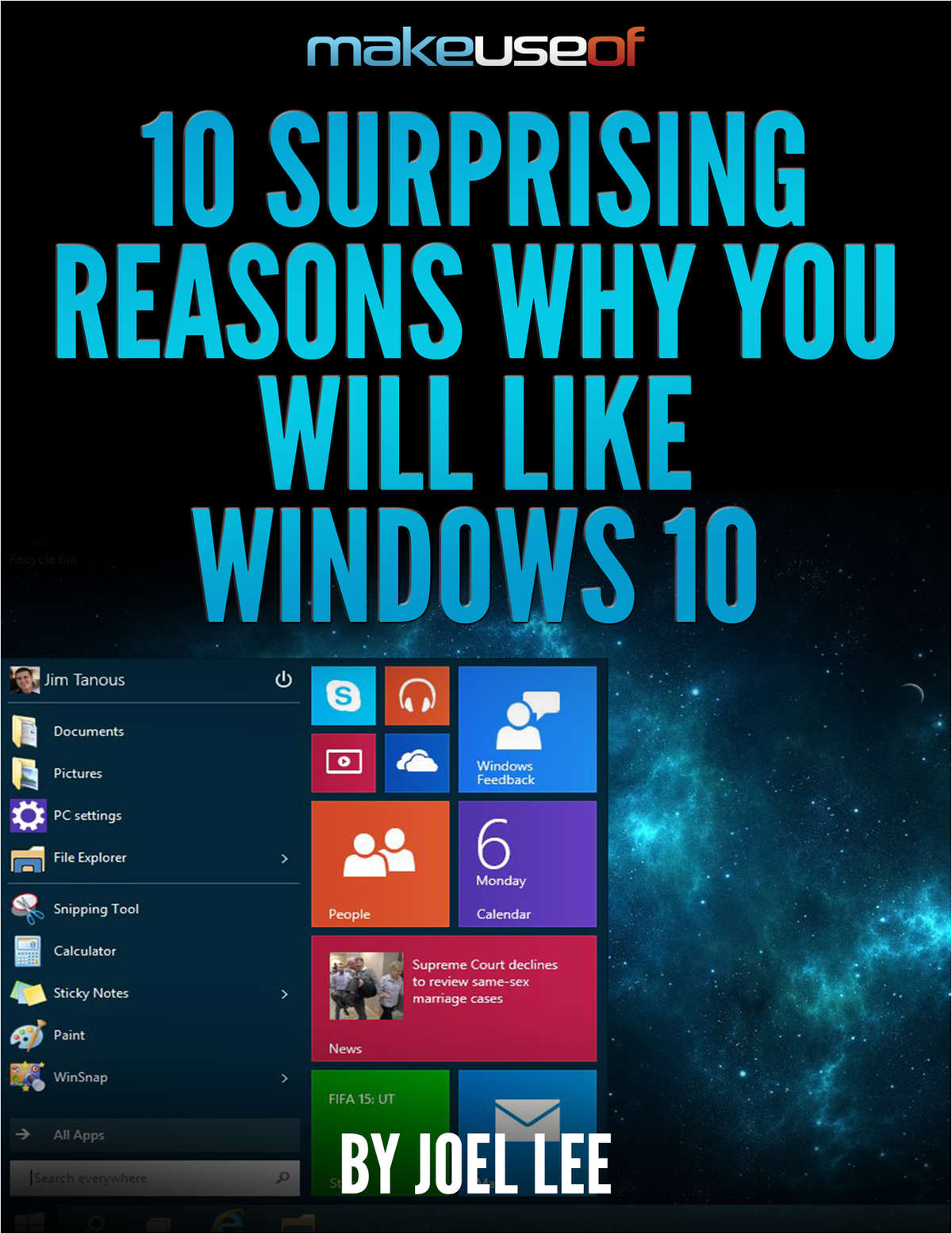 By downloading this free guide, you agree to receive regular updates on the latest cool apps, product reviews, and giveaways from MakeUseOf.

Windows 10 is going to be the very last version of the operating system and Windows 7 support will eventually be discontinued, so unless you plan on switching to OS X or Linux, you’ll have to upgrade sooner or later. Microsoft will make sure of that.


Offered Free by: MakeUseOf
See All Resources from: MakeUseOf